Reed & Co. of Mayfield, PSC is one of the leading firms in the area. By combining our expertise, experience and the team mentality of our staff, we assure that every client receives the close analysis and attention they deserve. Our dedication to high standards, hiring of seasoned tax professionals, and work ethic is the reason our client base returns year after year.

Welcome to your Secure Client Portal. Here you can upload and download sensitive files securely.

All communications between our firm and the user are encrypted using the Secure Socket Layer (SSL). This is the same functionality used by banks and popular e-commerce services for secure communication. We also store your files encrypted when they are at rest on our servers, adding an additional layer of security. To protect against data loss, our servers are equipped with technology that automatically mirrors all data in real-time to two separate locations. Regular incremental and full backups of all system data are performed, including off-site data backups stored in two separate secure physical locations, to protect against almost all disaster scenarios. 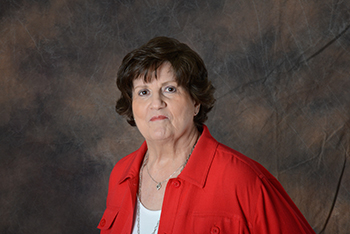 Lin is a native of Graves County, Kentucky, and honor graduate of Morehead State University, where she earned a B.A. in English and German. She later earned a M.A. in history from Murray State University. She served 25+ years as a public and private school teacher, principal/administrator of Northside Baptist Christian School, and professor of history at the former Mid-Continent University. Lin joined Reed & Co. of Mayfield, PSC in January, 2007. Her responsibilities include correspondence, accounts receivable, accounts payable, payroll, insurance, and a myriad of other duties as needed.

Lin has served with Frank as a lay missionary. She is treasurer of Best Day Ministries, Inc. and is a part-time author. She is a wife, mother of three and “Grammy.”